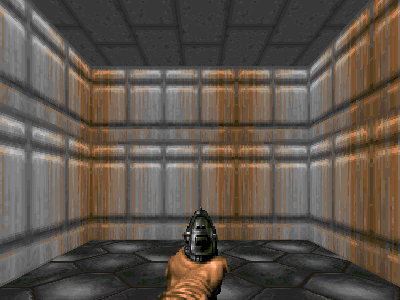 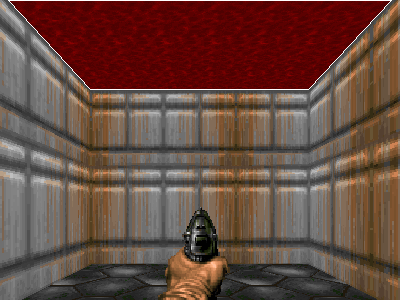 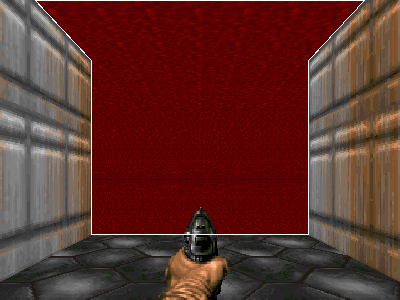 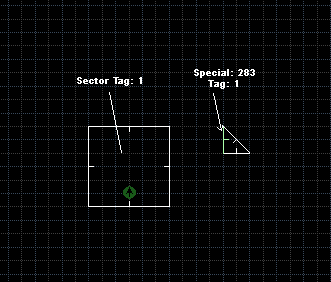 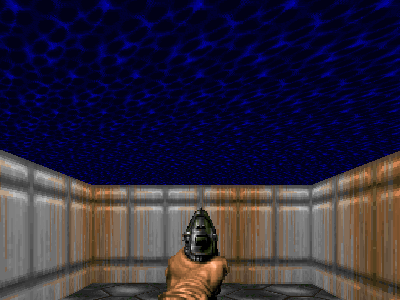 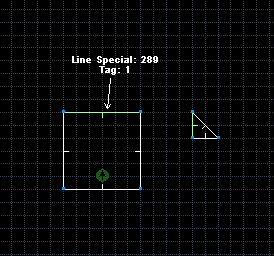 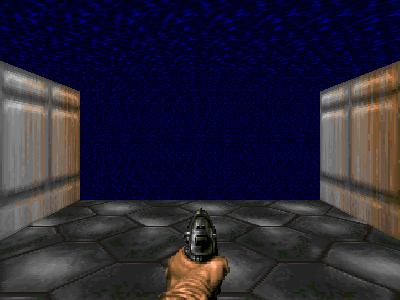 The highlighted wall has been given a special of 289 and tagged to the portal line. In-game, the tagged wall now displays the portal. Note: both surfaces are displaying the same portal and will share a common portal window.